2016 brought some pretty dramatic changes for me, not the least of which was that I started home-schooling my 13 year old son. In doing research on homeschooling, I found several resources on classical education, including the book, The Well-Educated Mind, by Susan Wise Bauer. It’s a guide to giving yourself a great books education by reading a representative sample of fiction, non-fiction, history, drama, and poetry from all eras of human history.

In looking through Bauer’s lists, and others, I had the wonderfully exciting idea to build my own Great Books library inside my home. Because I can’t just do something simply; I always  have to turn it into a project.  So there is a sitting room off of the master bedroom that I currently use for sorting laundry. It has no furniture, no decor, and basically, no utility. I have piles of books leaning against the wall in cardboard boxes. It’s a complete waste of space. If I put in built-in bookshelves along the far wall, I could use them to store my great books as I acquired and read them. In the end, I would have 1) a beautiful bookshelf displaying 2) a world-class library in 3) a non-laundry-filled sitting room.

I think this is going to be my goal for 2016: A Great Books Library.

One of the things they say to aspiring writers is to read. A lot. END_OF_DOCUMENT_TOKEN_TO_BE_REPLACED 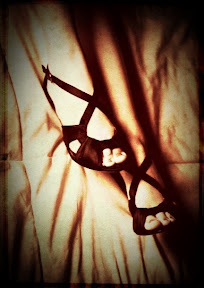 I just saw The Girl with the Dragon Tattoo the other night and am now reading the book. Naturally, I was disturbed by some of the scenes I saw in the movie and will take no pleasure in reading them when I get to those parts in the book, but I understand why the author included them. Bad things happen to people in real life; to ignore them in our fiction is to bury our heads in the sand. But it made me wonder… Could I write scenes like that? You know what I mean- the gritty, horrible, sadistic, cover-your-hand-over-your-eyes-because-you-feel-dirty-watching-them scenes.

Yes, yes I can. The problem (for me) doesn’t lie in imagining them, or putting them to paper. The problem lies only in, What would my mother think?? END_OF_DOCUMENT_TOKEN_TO_BE_REPLACED

I just wrote a review on Amazon for a book I didn’t exactly love. But before I posted it, I decided to read the other reviews to see if readers had the same issues with the book that I did. Turns out, they found even more flaws.

Aside from the obvious relief of knowing I wasn’t the only one disappointed with the book, I learned something valuable: negative book reviews are super important for writers to read. END_OF_DOCUMENT_TOKEN_TO_BE_REPLACED

Books are more than just stories; they are hooks upon which the timeline of my life is draped. When I look at all the books on my shelf, I can remember what I was doing when I was reading each novel. Robin McKinley’s The Hero and The Crown– sick in bed. Michael Crichton’s Jurassic Park– on lunch breaks while interning at the Smithsonian. Bram Stoker’s Dracula– in between rehearsals for a performance of Carmina Burana. Marion Zimmer Bradley’s The Mists of Avalon– according to my 13-year-old cursive on the inside cover, “May 26, 1989 James Madison University Ben E. Wright Spring String Thing” (as if I would forget decades later.) I was very proud when I finished that book in the JMU dorms as it was the longest book by far that I had ever read to that point. It was also the first book I read in secret because I knew my mother wouldn’t approve of the steamy sex scenes.

Today I add a new peg to my timeline scaffold: Watching the horrific destruction of the Japanese earthquake/tsunami unfold on CNN while reading Neil Gaiman’s Neverwhere; two completely unrelated memories that will forevermore be linked in my mind.

Far below the Twitter peaks of trending topics such as #japon, #earthquake, #tsunami, and #prayforjapan, there is one called #fridayreads. Apparently it happens every Friday. Book lovers tweet what they’re reading to the world, myself included. The titles are eclectic: Demonglass, The Center of Everything, Swamplandia, Mothers and Daughters, Hunger Games, The Mothman. I haven’t read any of these. In fact, I haven’t heard of most of them. But I know one thing about all of them- they will all become markers in the minds of their readers that point to today’s devastation and carnage. Just like a particular scent can bring back memories long forgotten, I suspect these books will forever remind their readers of the day the earth shook in Japan, the waters rose, and whirpools spun menacingly offshore. I can only imagine what memories the books read by the Japanese on this day will evoke.

And the day is not over yet. Fifty countries stand braced for impact as tsunami warnings abound.

My thoughts are with the Japanese and all who will be affected by this terrible tragedy.